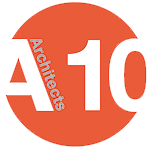 Darren was previously employed as Associate by Mackie Ramsay Taylor Architects (Aberdeen) before relocating to Glasgow, joining McLean Architects, where he was Associate Director leading the company’s largest project, Airdrie Resource Centre amongst other projects.

Darren has worked in private architectural practice since 2001 and has gained experience on a large variety of projects including refurbishments and conservation of listed buildings, Ministry of Defence works and health care.

While at MRT Architects, he was Project Architect and design team leader for all the practices education projects which included term contracts with Aberdeen College and The Robert Gordon University. The education experience has also included the delivery of 10 primary schools through PPP projects and traditionally to the local authority. Darren, was Project Architect on works to BMI Albyn Hospital and worked in conjunction with the Healthcare Project Director on the delivery of several major healthcare projects including the Royal Aberdeen Sick Children’s Hospital, Forfar & Kirriemuir Community Resource Centre, and several medical centres for Medical Centres Scotland.

Whilst at McLean Architects, Darren was Project Architect on Airdrie Resource Centre which was initially an appointment to NHS Lanarkshire where Darren wrote the brief before acting as Clients Architect and design team leader to develop the project for AWG. The mixed use development will accommodate the largest medical centre in Scotland once complete. In addition, Darren, was responsible for other projects including works to several Scottish Court buildings, small works at Glasgow University, the role out of new and refurbished gym facilities across the UK, works for Glasgow Science Centre and Our Dynamic Earth Edinburgh.

Darren completed several feasibility and master planning reports while at McLean Architects including a 5 star destination hotel on the West Coast of Scotland, new office and warehouse accommodation in Glasgow City Centre and works to a large office / manufacturing site in Govan.

Darren monitors all projects A10 Architects carries out ensuring the highest possible service and design is passed to the clients while allowing staff to develop their areas of expertise.

Darren also acts as a consultant for forensic architecture and construction failures, advising on and providing reports for insurance companies.

Darren’s experience in educational buildings has seen him appointed as a Governor to Belmont House School, Newton Mearns. Darren is also a trustee for SCA (Scottish Christian Alliance) and Destiny Church Trust, and also is on the Committee for the Church Building Renewal Trust, which advocates the renewal of all church buildings throughout Scotland to prevent redundancy regardless of denomination.